Hi guys so I’ve been recovering from my shoulder surgery and man has this been rough. You see many years ago due to PTSD I had to go on a sleeping medication by the name of Ambien and it had been working for the last 27 years but when I had shoulder surgery I could not have Ambien and the pain medication it would cause fatalities so my doctors took me off of the medication Ambien and left me on the medication for pain.  I have found the last 15 days I could not sleep the pain is intense at night mostly due to the location of the surgery and positioning in my bed. I cannot get comfortable no matter what I do and to top it off the pain med put me into A panic sleep so that being said I haven’t slept deeply for 15 days. I sleep maybe…

END_OF_DOCUMENT_TOKEN_TO_BE_REPLACED

(Side note: While reading this article keep in mind that The views are this author’s theories on the true meaning of paganism. You may find article written by other with a different theory. CL does not endorse any article over another.)

The word “paganism” has come to refer to various pre-Christian religions belonging to a number of ancient cultures—those from Greece, Rome, Egypt, Scandinavia, and so on.  It has come to also represent, in some circles, the modern ideology of Wicca and the followers of revived versions of the old practices.  The truth about “paganism”, however, is that it is a historically inaccurate phrase in the context of these aforementioned faiths.  Although it is now the accepted term for these religions, it is important to examine where the word truly came from and what it initially meant, allowing for a better, all-inclusive understanding of the world’s religious past.

The term “paganism” was revived during the Renaissance when writers were trying to differentiate the old traditions from their contemporary Christian faith.  The term itself stems from the Latin paganustranslated loosely along the lines of “country dweller” or “rustic”; thus it was initially a word describing a person of locality rather than a religion.  However, because of its usage in ancient texts, medieval authors mistakenly believed it referenced a religious sect and thereby gave it the corresponding connotation.  In actuality, there was a different word used to describe the “pagans” as they are called today, and that word too stemmed first and foremost from the location of the religious supporters.

According to scholar Peter Brown of Princeton University,…

To read the rest of this article please click on the following link or copy and paste it into your browser: http://www.ancient-origins.net/myths-legends/true-meaning-paganism-002306

I often talk about the Other and Witchcraft a lot on this blog.  We tend to be the marginal folks, and sometimes we wear that as a badge of pride.  We might say things like:  “We’re different from those people.  They don’t understand us.  It’s always been this way. We’re revolutionary.”

But what if the revolution involves un-othering Witchcraft?  What if that is a solution to many issues facing humanity?  What does that mean?
Read more at http://www.patheos.com/blogs/tempest/2017/11/un-othering-witchcraft.html#TzhLsZk4139ouEVY.99 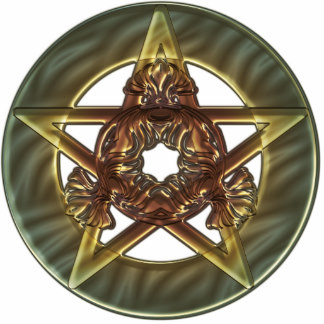 We of the Old Religion have our own particular compact with our deities that charges simply, “An it harm none, do as ye will.”

And our gods do not despise us for being human but delight in our celebrations of life and love. We are ageless souls, only for awhile within bodies – merely visitors upon this plane.

We are brothers to the gods and only temporarily cousins to the ape, and our lives belong to us, not to this world nor to its earthly governors.

We are not doomed to shame and decay; not lost; not indentured to perish with earthly manifestations; not disposed to eternal misery for any past or present lapses of courage or wisdom.

We are as children in the school of life who must learn our lessons, on life at a time, before we graduate.

Our lives span the march of time…

Determining the number of practicing or self-identified Pagans is difficult for a number of reasons. Many surveys include Pagans in the category of “other religions;” Pagans (like members of many minority religions) sometimes are wary of disclosing their religious path to strangers (through surveys or census questionnaires
Read more at http://www.patheos.com/library/answers-to-frequently-asked-religion-questions/how-many-pagans-are-there#Hg1QvxGW3qg2T0D6.99

To read the rest of this article please click on this link:http://www.patheos.com/library/answers-to-frequently-asked-religion-questions/how-many-pagans-are-there

With evil witches and flying wizards dominating entertainment media, it’s no wonder there is such confusion about paganism and Wicca. These real, live religions are practiced by people like anyone else. And their community-focused, eco-centric faith is worth knowing a thing or two about.

These are a few of the many practices that could be classified as “pagan,” a traditions (or traditions) that spans many centuries and countries around the world. This piece focuses on western neo-pagan traditions, including Wicca and neo-Druidism.

Don’t bust out the mead yet! Pagans are still a very small minority in comparison to both U.S Religions and World Religions at large. If you read the 2008 “United States Census Bureau Abstract on Self Identified Religious Populations”, the number of Pagans and Wiccans combined still only results to 0.3% of the population (which means that 3 out of every 1,000 people you meet will be Pagan). However, that number doesn’t account for people who classify as spiritualists, Unitarian Universalists or non-classified.

I do often bump into people at Pagan meets or New Age shops who do not like to call themselves “Pagans,” but rather “Animists,” “Druids,” “Asatruar,” “Heathens,” “Shamans,” etc. The war over what gets lumped into the pagan category and what doesn’t wages on, but I bet many of these folk filled in the “non-classified” space rather than “pagan” on their Census Bureau survey. Personally I prefer to think of Paganism as a system that seeks to revive an ancient system of Earth Based Values – but not everyone shares my definition.

To read the rest of this article please click on the following link: https://metal-gaia.com/2013/05/21/is-paganism-the-fastest-growing-religion-in-the-united-states/

Paganism describes a group of contemporary religions based on a reverence for nature. These faiths draw on the traditional religions of indigenous peoples throughout the world.

To read the rest of this article please click on the following link: http://www.bbc.co.uk/religion/religions/paganism/ataglance/glance.shtml