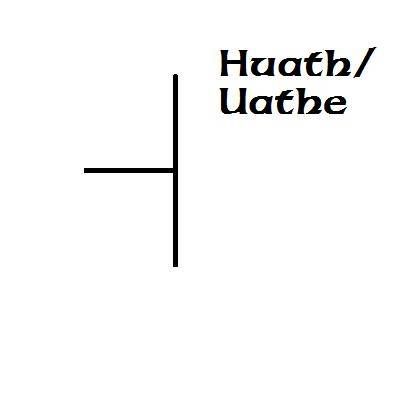 Huath (HOO-ah), hawthorn – Like willows, hawthorns have many species in Europe, and they are not always easy to tell apart. All are thorny shrubs in the Rose family (Rosaceae), and most have whitish or pinkish flowers. The common hawthorn (Crataegus monogyna)
and midland hawthorn (Crataegus laevigata) are both widespread.

They are common in abandoned fields and along the edges of forests. Both are cultivated in North America, as are several native and Asiatic hawthorns.

Hawthorn is a druid sacred herb which is associated with the Summer Solstice.

Hawthorn is the classic flower used to decorate a maypole as it is considered to be a herb of
fertility. At one time Beltain was once reckoned as the day the hawthorn first bloomed.

Hawthorn is sacred to the fairies, and is part of the tree fairy triad of Britain “Oak, Ash and…

One thought on “Introduction to Ogham – Second Aicme”