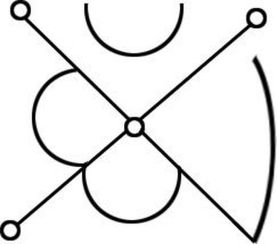 Continuing from the previous post of aligning with Universal Powers for effective magickal practices…….

In this post I will be discussing the 4th of the Sacred Seven (in no particular order) that I have been mentioning in the previous posts. Here I will be talking about Mars (Greek God Ares). It’s a planet ruled by the astrological signs of Aries and Scorpio, considered a planet of aggression, action, sex and even death. It is the planet of the fighting spirit and great Victory!

This Planet is pure raw energy and 4th in order in our solar system. One historically dedicated to the God of war, concentrating on pure living matter, stamina and courage. It is the personification of the male lover, the soldier the pioneer, the captain and even the surgeon. Anything that penetrates, cuts and sticks belongs to the energy of Mars.

A complete opposite to Venus, Mars brings an emphasis of egocentric behavior to the surface. Be careful with the energy of Mars as it can become very addictive and overly consuming. Such behavior may possibly encourage isolation in some individuals.

According to one legend, Mars, the father of Romulus and Remus, was not only a God of war but was that of an agricultural guardian. Second only to Jupiter (Zeus), his festivals were held in March- the month named after him and in October where military campaigning began. His animals were the wolf (Romulus and Remus were reared by a wolf) the bear and the woodpecker.

Hymns to Mars- 7th Century BC

‘Ares, exceeding in strength, chariot-rider, golden-helmed,
doughty in heart, shield-bearer, saviour of cities, harnessed in bronze,
strong of arm, unwearying, mighty with the spear, O defence of Olympus,
father of warlike Victory, ally of Themis,
stern governor of the rebellious, leader of righteous men,
sceptred King of manliness, who whirl your fiery sphere
among the planets in their sevenfold courses through the aether
wherein your blazing steeds ever bear you above the third firmament of heaven;
hear me, helper of men, giver of dauntless youth!
Shed down a kindly ray from above upon my life,
and strength of war, that I may be able to drive away
bitter cowardice from my head
and crush down the deceitful impulses of my soul.
Restrain also the keen fury of my heart which provokes me
to tread the ways of blood-curdling strife. Rather, O blessed one,
give you me boldness to abide within the harmless laws of peace,
avoiding strife and hatred and the violent fiends of death’.

In the above beautiful poem to Ares (Mars) the God of war is portrayed as a savior of cities rather than one of destruction, much like the Goddess Athena. He is the defender of Olympus and an ally to Themis- the Goddess of order and justice. In the above poem Ares is asking one to tame or control the keen fury of the heart, one that needs a great deal of control, courage and caution.

I have included in this section a link to the correspondences below that basically covers all one needs to know for their magickal workings.

So let’s focus on some of the positive aspects of this highly energetic planet.

Once the energy of this planet is tamed it can truly turn the mundane into the magnificent.  Such a planet brings an element of independence to a person, allowing them not to be swayed by others people’s opinions. Such people have a knack with ‘getting on with life’ no matter what the circumstances. It’s their determination and highly courageous spirited nature that propels them to become high achievers. It is the planet of growth, hence the personification as an agricultural guardian.

Magickal working on the day of Mars- Tuesday 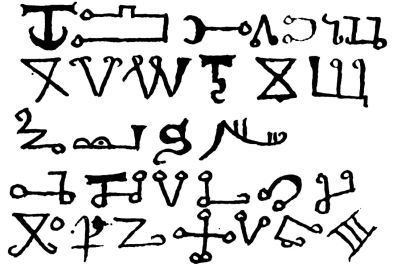 I suggest great CAUTION to be taken when working with the energy of Mars and DO NOT recommend for amateur practitioners. No matter what the magical workings you are participating in, it is important to get the correct training, the right knowledge and be in the best possible head and ethical space. This and all the other articles you read on magickal practices are to expand your knowledge in a theoretical manner, in order to then move into the practical aspect, armed with both knowledge and wisdom.

Remember there is a time and a place for everything, and it can not be emphasized enough when it comes to magickal workings. Just ‘winging it’ shows disrespect to the Universal Powers and energy.